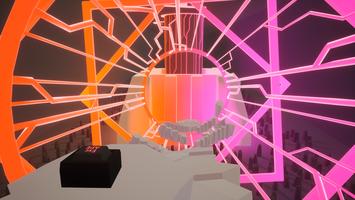 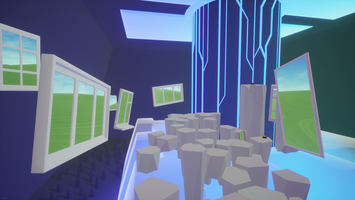 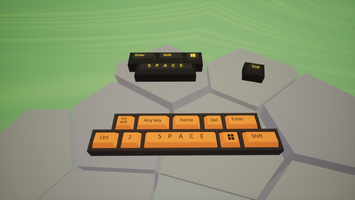 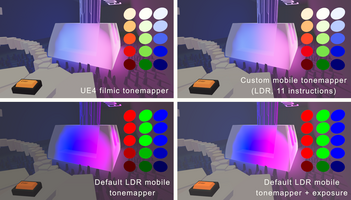 The Epic MegaJam is concluded and we are finally able to publish an update to the game!

The biggest change is the complete graphics overhaul on Oculus Quest. Now the Quest version looks the same as the PC version without the bloom. Also added better lighting (everything is still faked using custom unlit materials) and fake shadows for the floor spikes.

We were able to achieve this by optimizing the default UE4 tonemapper from ~200 instructions down to just 11 instructions, which allowed us to use it on the Oculus Quest. 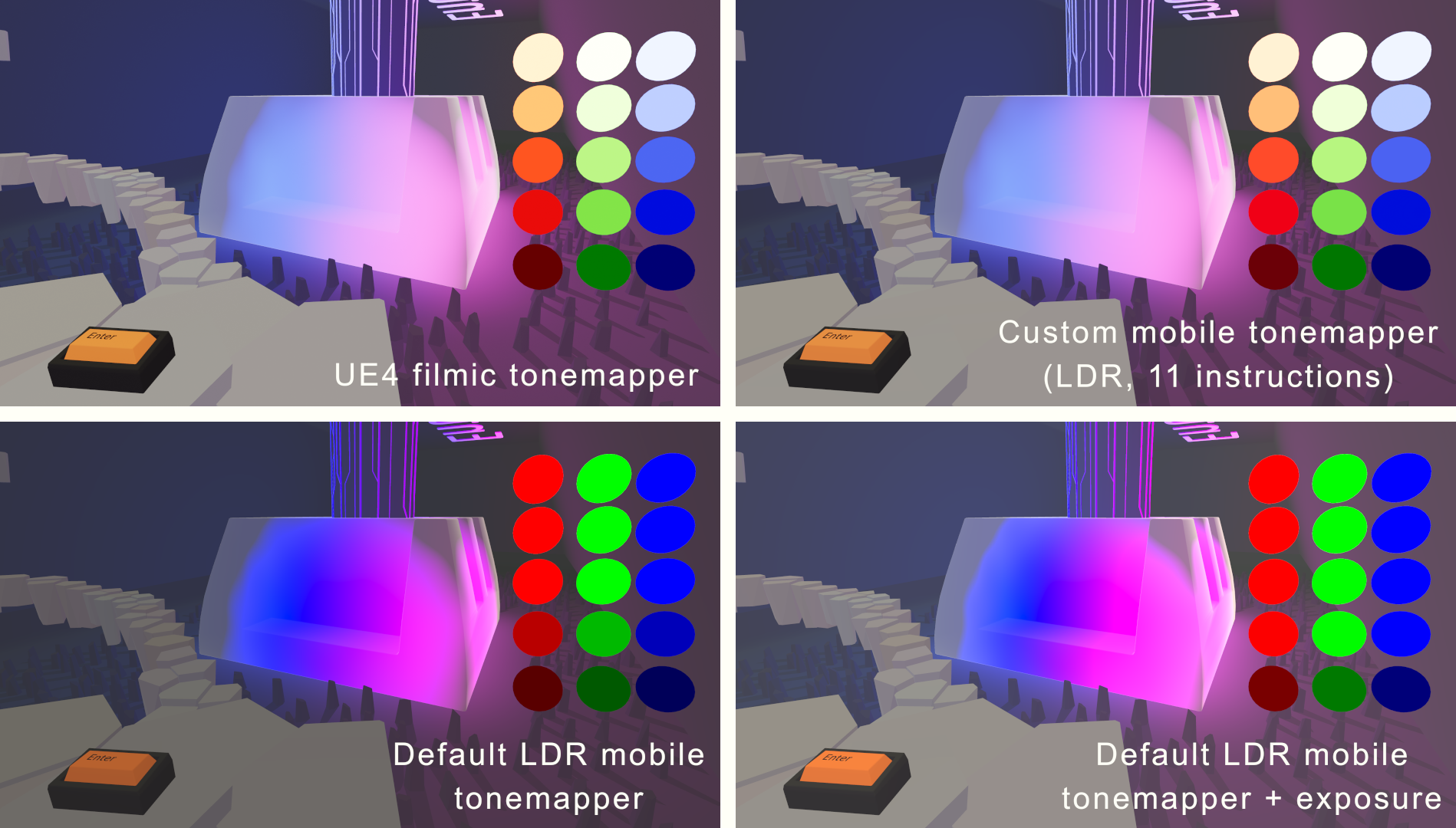 Also a bunch of other improvements:

Join our discord to follow this and other projects!

Get In SPACE no one can hear you CLICK

Surreal VR platformer inside of an RGB keyboard